How to tie a tie: windsor, half windsor, bowtie and other styles step by step 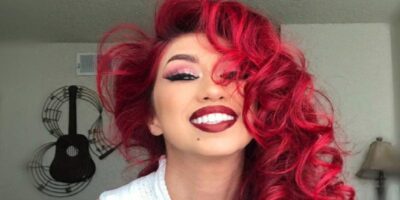 How to dye hair red: step by step guide with expert tips

How to do boxer braids easily: step by step guide

We outline How to tie a tie with instruction steps for a windsor, half windsor, classic four-in-hand, bowtie and other popular styles.

Neckties and pocket squares are essential accessories for the well-dressed and stylish man. They work both on their own and in elegant combinations. We show you how to tie necktie styles easily and correctly, which knot goes with which shirt collar and reveal how you can style your tie.

How to tie tie styles correctly and easily: the most popular knots

There are more than 200 necktie knots. The most common knots that are tied with normal-length necktie (approx. 85 cm) are the four-in-hand, the small and large Windsor, the Kent, the double knot and the American Shelby. Each knot has characteristic properties and is tied in different ways, but we will explain how to tie a tie easy steps.

How to do a classic four-in-hand

The four-in-hand is a long and narrow necktie knot that helps to visually lengthen the neck area. It goes with all neckties and almost every collar shape (exception: very wide collars). The slightly asymmetrical knot is ideal for rounding off sporty, casual outfits. Since it is very easy to do, even beginners will have no problem with the four-in-hand knot.

How to do a double knot

The double knot – also known as Prince Albert – is similar to the simple four-in-hand. However, it is tied with another wrap, which gives the knot more volume. Shirts with Kent or shark collars as well as models with widely spaced collar legs are ideal combination partners. The best way to tie the double knot is to use a narrow, supple tie. To start this knot, the wide end of the necktie must hang lower .

Instructions for a double knot

How to tie Windsor knot / how to tie double Windsor

Success in how to tie a Windsor knot — also known as the large, full or double Windsor knot — is characterized by its resulting bulbous, conical shape. It looks very elegant and is particularly suitable for festive occasions. It looks particularly stylish with shirts with widely spaced collar legs (e.g. shirts with a shark or Kent collar). Learning how to tie a full Windsor requires a little practice, so it is particularly suitable for advanced skills. Also read how to style men’s hair withour guide for short, medium, long or curly styling

Instructions for a Windsor

TIP: The double Windsor is more ideal for short men. For men who are taller than 1.80 m, the double Windsor is less suitable as it requires a lot of necktie length. Big men who don’t want to miss out on the big Windsor are best advised to wear extra-long ties.

How to tie a half Windsor

The small, simple or half Windsor knot is similar to its large counterpart. It also has a bulbous, conical shape. In how to tie half Windsor, the difference to the big Windsor is that the second winding is omitted. The half Windsor knot is more suitable for everyday use than its big brother and goes ideally with shirts with closely spaced collars. It also looks very good with shirts with a button-down collar. It is slightly larger than the four-in-hand knot, but narrower than the Windsor.

Instructions for a half Windsor

How to do a Kent knot

The Kent knot gets by with fewer twists and is accordingly smaller than the Windsor. It is ideal for tall men (from 1.80 m), as it does not require as much necktie length. The Kent goes wonderfully with small collar shapes with a close-fitting neckline, e.g. B. to shirts with Kent or button-down collars. The tying of this knot is not necessarily easier despite the few loops and requires a little dexterity.

How to do the American Shelby

The American Shelby – also known as the Pratt knot – is similar in appearance and shape to the Windsor, but it is easier to tie. The special thing about this knot is that it is tied with the seam facing outwards. In contrast to the Windsor, it requires less necktie length and is therefore very suitable for tall men over 1.80 m. You can also use shorter or heavier ties for the Pratt. It goes wonderfully with shirts with a wide neckline. Also read how to soften a beard with our smart methods and tips.

Don’t forget to pay attention to the “dimple” when tying your necktie. For the final touch of your necktie styling, give your accessory a small dimple – the so-called “dimple”. This is a small fold just below the knot. It is created when, before tying the knot, you gather the broad end of the necktie below the knot with your thumb, middle and index fingers. Then carefully tighten the knot to fix the fold.

How to tie a bowtie

How to tie bow tie – step by step

Where and when did the necktie originate?

It is said that there were forerunners of the necktie several thousand years ago. In ancient Egypt, for example, kings and high priests wore a colorful cloth over their shoulders, which hung as a triangle over their chests. Allegedly, this jewelry was a sign of their power. For the Phoenicians, a large red or yellow scarf was typical clothing.

A predecessor of the necktie has also come down to us from China: as with the Romans, the scarf was apparently part of military clothing there. The 7,500 life-size terracotta soldiers in Xi’an bear witness to this. Shi Huang Di, the first Chinese emperor, had the army made out of clay around 2,200 years ago: the warriors were supposed to protect his tomb. Their clothing was precisely shaped in detail and shows that every soldier, regardless of rank, wore a necktie-like bandage around his neck.

According to most fashion lexicons, the actual birth of the necktie did not hit until 1660: with the arrival of Croatian mercenaries in France. The “Hravatska”, a piece of long white fabric that was attached to the collar in the form of a rosette, was part of the costume. The ends hung loosely across the chest. Here, too, the binder was still not just a piece of jewelry, but primarily had a protective function. However, this has not been proven, and there is still plenty of speculation about the origin of the necktie. Also read how to prevent shaving rash with our smart methods and tips.

In any case, the French were apparently so enthusiastic about the Croatian scarf that they introduced it themselves, replacing their own cumbersome ruff. As croatta, croate or cravate they later spread it all over Europe.

Little by little, the entire French aristocracy took a liking to the necktie. It was now woven from the finest fabrics, from muslin or batiste ribbon. And at the ends it was sometimes even decorated with lace. The noble shawl was usually tied twice around the neck and fastened at the front with a large knot or with a colored, detachable bow: a pioneer of the bow generally known today as a bowtie. That was towards the end of the 17th century.

Then there was another war that temporarily introduced a new form of necktie: the so-called Steinkerke – named after the Battle of Steenkerke, which was victorious for the French in 1692. At that time, the French soldiers allegedly did not have the time to do up their necklaces properly. They just casually tossed the scarf around their necks and tucked the ends into a hole in their jacket or fastened them with a pin. This is how individuality came into necktie fashion for the first time. Perhaps these early tie individualists would have been less frivolous if they had suspected how many a psychologist today draws conclusions from a tie about the wearer.

Today, ties are one of the few possible forms of accessories for men. The serious man always wears a watch, a tie, and sometimes a pocket square — matching or coordinating. Also read how to create homemade hair gel.

Photo by Sam Lion from Pexels

How to dye hair red: step by step guide with expert tips

How to do boxer braids easily: step by step guide