How to play Go: easy guide and expert Go tips for beginners 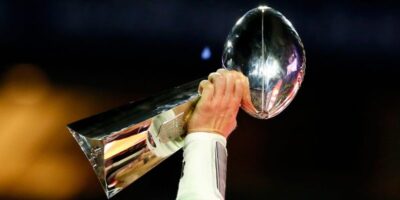 How to bet on the Super Bowl: ways to be smart about it 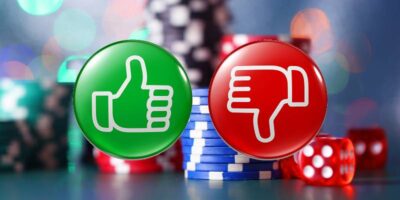 How to tell a good casino from a bad one: what to watch out for 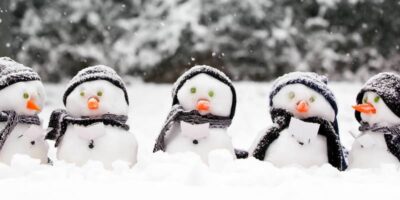 Knowhow: 62 winter activities and tips to enjoy the cold season

Outlines how to play Go, the basic rules and moves, best strategies, expert tips and tricks and what to avoid doing if you want to win at this classic Asian game.

Go is a popular strategy and board game from the Far East. How is it played? We’ll tell you in the following article. The Go game rules are simply explained here – and there are a few tips, tricks and tactics for how to play Go on top of that!

How to play Go: Overview and basics at a glance

Go originally came from China, then spilled over to Japan and Korea – and has also been widespread in Europe since the start of the 20th century. Of the estimated 27 million Go players worldwide, however, 22 million live in Asia. High time to change this ratio a little!

How to play Go: The game board

The Go board consists of a grid of horizontal and vertical lines. The most popular is a 19×19 board with 361 intersections. Smaller boards (9×9 to 15×15) are also common for training games and fast games.

How to play Go: The pieces

There are no different pieces as in chess: The game is played with 181 black and 180 white pieces, which do not differ from one another, except for those colors. Most of the time, however, you need significantly fewer stones than the 180/181.

How to play Go: The moves

In Go there is only one move: The players alternately place their stones on the intersection of the lines and cannot move them afterwards. However, stones can be struck.

The goal of the game

The players try to conquer more areas on the playing field with their stones than the opponent. You can do this by surrounding the areas with your own stones. Hitting opposing stones also earns points.

Important: There is no globally recognized set of rules or an international umbrella organization. The basic rules of the large associations differ only minimally and rarely influence the course of the game.

How to play Go: The rules of the game

The start of the game

Important: There is no compulsory turn with Go! You can do without a move at any time – but this usually only makes sense at the end of the game.

Tip: Most players place the first stones near a corner. The goal? Your own stones should not be too close or too far apart. So you can react flexibly and specifically to your opponent’s moves.

Freedoms denote adjacent and free interfaces in the Go. If at least two stones of the same color are next to each other, they are connected and one speaks of a chain. Chains share their freedoms.

The blue squares symbolize the freedom of the respective stones or chain.

By occupying all the freedoms of an opposing stone or a chain, you can hit or catch stones. If this succeeds, the stone or the entire chain is removed from the board and stored. Every stone that is struck becomes a prisoner and counts for one point in the final score tally.

The black stones can be struck at the places marked in green.

As soon as a stone has only one freedom, it is called Atari. This means that the stones are in great danger and the opponent can hit them on the next move.

Setting a stone in such a way that your own chain no longer has any freedom is called suicide in Go. Such a move only makes sense in extremely rare cases and is forbidden anyway according to most rules and regulations.

In the event of a suicide ban, you cannot place a black stone in the middle (in this case). White, on the other hand, can capture all black pieces with one move.

Eyes denote free intersections that are enclosed by a chain. The opponent can no longer place a stone there – unless he surrounds the entire chain (as in the previous picture).

As soon as a chain has at least two eyes, it comes to life . This means: The chain and all the stones connected to it can no longer be beaten. Why? Because the opponent would have to occupy two freedoms at the same time.

The red squares symbolize the ‘eyes’.

In order to set a stone in the first eye, white has to encircle the entire black chain. This would catch the black stones. White has two eyes below and lives. The chain cannot be beat.

Some game situations look like eyes, but aren’t. Then one speaks of fake eyes. For example:

The yellow squares show fake eyes. If white places a stone above, he beats the black neighbor. The same applies vice versa below. If you place black on the yellow square, he will hit three white stones!

In addition to suicide, there is another forbidden move in Go: If a player hits exactly one stone, the opponent is not allowed to knock back the same stone immediately. This avoids endless repetitions in the game.

The black stone is captured and may not hit back in the same place (purple) on the next move.

The end of the game

The game ends as soon as both players no longer want to make a move and pass one after the other. This is the case when there are no more points to be scored, or each player would make another move to reduce his area or give his opponent the opportunity to capture. Then the score tally begins.

End of the game: All areas are limited and no more points to score are possible.

How to play Go: The score tally

In the settlement, the players add the following three points:

Dead stones in the go are stones without living chains and without possible eyes that are completely enclosed by the opponent. These are removed from the playing field in the final tally and counted among the trapped stones.

As soon as all dead stones are removed, the players count their encircled areas. The rule of thumb is: an area is yours when no other stones are touching the area. Then all free fields are added together.

With a 19×19 play area, this is a bit confusing for beginners at the beginning and takes getting used to.

Tip: Only empty fields are worth points. That means: Even if you place a stone in your own area, you lose points. Therefore, at the end of the game, you shouldn’t pass too late!

In Go, Seki refers to intersections that do not belong to any player at the end of the game. This is the case when neither player can catch opposing stones without harming themselves. Seki areas are left out in the final tally, but are very rare.

Black and white have two freedoms. Whoever attacks first places his stones on Atari and loses.

By the way: At Go tournaments there is often a time limit for each game. Then each player gets a certain playing and thinking time, which is measured with a chess clock. With fast games, the time limit is sometimes only 10 minutes, with Japanese championships up to 8 hours.

How to play Go: Tips and tricks for beginners

There are countless tips, tactics, advice and strategy books for more success with Go. We have summarized the best tips and tricks for beginners:

When the game draws to a close, every move needs to be considered carefully. There are only a few spaces left and you don’t just have to weigh up what will earn you the most points. Much more important is the question: What is most damaging to your opponent? If a move only gives you one point – but does a lot of damage to your opponent – you should do so. Even if another move could give you more points.

It’s not just the size of the board that can change the game – there are many variants and possible rule changes in Go. The following four variants are particularly popular and present players with new challenges.

Here players place two stones at a certain distance each time they move. In addition, the KO rule only applies if a player wants to knock two KOs with his two moves. There are also no dead stones at the end.

The players take turns drawing cards that contain specific instructions. From setting certain formations to moving and removing your own or opposing stones.

The rules don’t change, but the game is over faster: whoever catches the first stone wins! This variant is particularly suitable for beginners and younger players.

In Gobang, the players try to place and maintain a straight and uninterrupted row of at least five pieces. The rows can be horizontal, vertical or diagonal and stones can be hit.

How to bet on the Super Bowl: ways to be smart about it

How to tell a good casino from a bad one: what to watch out for

Knowhow: 62 winter activities and tips to enjoy the cold season