How to fix a lazy eye: signs, symptoms and treatment guide 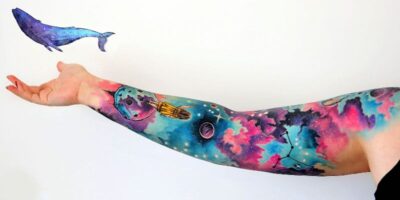 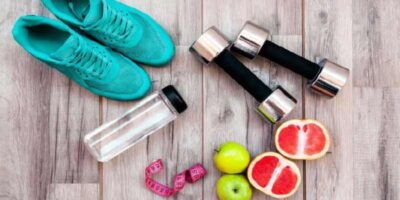 How to meet your health and fitness goals: 3 key strategies

How to source clear aligners to straighten your teeth

Explains the different kinds of lazy eye (amblyopia) and how to fix a lazy eye in adults and in children, plus how early it can be detected.

In the case of lazy eye (medically known as amblyopia), the development of the eyesight is disturbed. The so-called lazy eye already occurs in infancy and toddler age and can affect one or both eyes. Amblyopia can be treated well with eye patches, special exercises, or surgery.

Amblyopia – from the Greek  word for “dull eye” – is a reduction in the visual acuity of the eye, although the organic and neuronal requirements for good vision are given or once were. Usually, the images that both eyes send to the brain are processed evenly. In children, however, it can happen during the development phase that only one eye provides a sharper image. Then this eye is preferred by the brain and the visual performance cannot develop properly in the weaker eye. The medical term for this is amblyopia or low vision. Amblyopia is a common form of visual impairment that affects around five percent of all children.

The eye cannot achieve normal vision even with corrective aids such as glasses or contact lenses. Impaired vision typically occurs in infancy and the first few years of life. In most cases only one eye is affected, but sometimes amblyopia can affect both eyes.

Often only one eye is affected in amblyopia, but bilateral amblyopia can also occur. In most cases, the visual impairment in the affected eye cannot be traced back to an existing organic cause. Rather, the reason for the weak-sightedness lies in disturbed processing in the brain. The visual cells of the eye are not sufficiently stimulated for various reasons. As a result, the eye-brain connection cannot develop normally. The “weak” eye is virtually “switched off” by the brain.

Depending on the cause of the development, a distinction is made between different forms of amblyopia: The most common are amblyopia due to a squint and amblyopia due to refractive errors. However, this classification is not final, as there can also be mixed forms.

Because amblyopia typically occurs in infancy, symptoms can sometimes be difficult to spot. A typical cause of weak vision is a misalignment of the eyes – the so-called strabismus (squint).

Since amblyopia can have different causes, there are also various symptoms that parents can use to tell whether their child is affected, which should be detectewd early in the first steps for how to fix a lazy eye. For example, if a child is cross-eyed, this is always a reason to see an ophthalmologist to rule out secondary diseases such as amblyopia. Problems with recognizing objects, for example if a child has to hold objects very close in front of their face so that they can recognize them, can also indicate impaired vision.

At school age, problems with reading and writing or difficulties with spatial vision can also indicate amblyopia or other ametropia. In the case of very young children, however, it is often difficult to recognize visual defects as parents or caregivers because the children cannot yet communicate with them.

As soon as you notice that your child is cross-eyed or has another clearly visible misalignment of the eyes, you should make an appointment with an ophthalmologist (who ideally specializes in children) who can identify the best options for how to fix a lazy eye.

Screening for a lazy eye (amblyopia)

The early detection of poor eyesight in children is extremely important to ensure normal vision development.

Since 2008 there has been an additional early diagnosis check-up for children in some countries. This supplements the further preventive examinations in childhood and is aimed at almost three-year-old small children (34 to 36 months of age). It is used to ensure that so-called impaired vision can be detected early.

What are the causes of amblyopia?

The treatment of a lazy eye in children

First and foremost, amblyopia needs to be detected early because it is difficult to correct after developing into teenagers. As soon as amblyopia has been diagnosed, it is important to treat it quickly. Especially in the case of abmblyopias discovered late, such as shortly before school enrollment.

In any case, it should be clarified in advance whether the amblyopia has organic causes such as congenital cataracts or an upper eyelid hanging over the eyelid (ptosis). These would have to be removed with an operation before therapy can be started.

How to fix a lazy eye: Treatment with glasses

The ophthalmologist can use a drip test to determine the spectacle values ​​(refraction) of your child. Using these values, suitable glasses with the appropriate correction values ​​can now be created. Here it is important to make sure that your child wears the glasses permanently during the treatment in order to achieve quick success.

How to fix a lazy eye: Eye patch (occlusion therapy)

The most proven means in the treatment of amblyopia is and remains mostly the adhesive therapy with  eye patches, the occlusion. By covering the healthy eye with a plaster that is stuck directly onto the skin, the weak eye is encouraged to see. This training for the eye is important. Think of a broken arm: if it has been in a cast for a long time, you must then restore its full performance by specifically training it and practicing with it.

Therefore, the child has to wear the eye patch for a relatively long time: How long and often is always an individual decision of the orthoptist or the ophthalmologist. Either she will ask you to occlude the eye for a few hours while the child is awake or maybe even for whole days – with breaks in between. Amblyopia therapy therefore requires perseverance from you and your child  , often for years. Nevertheless, it is important to mask regularly and continuously, otherwise the success of the therapy will be delayed.

When occlusion therapy is not possible

For a number of reasons, some children cannot be masked. In the case of plaster allergies, there are now particularly compatible materials or even the option of a fabric occluder that is pulled over children’s glasses. Masking off the lens is another alternative, but it is not recommended in most cases, as children then tend to look over the edge of the glasses. Eye tremors, for example, can get worse under occlusion. A therapy with pupil-expanding drops (atropine) would be conceivable here.

Impact if the condition is not detected and treated in children

If amblyopia cannot be successfully treated in childhood, there is a high risk that the poor eyesight will continue and manifest in adulthood. In this case, those affected have to come to terms with a number of possible effects: seeing with only one eye is a burden and brings limitations in everyday life. The natural eyesight is significantly reduced and important activities such as reading and writing require particularly great effort. In addition, two healthy eyes are a prerequisite for spatial vision, i.e. the ability to locate objects in depth and correctly estimate distances.

How to fix red sore eyes

Amblyopia can inhibit the healthy development of spatial vision and sensorimotor coordination, so it is crucial to understand the detection of the condition and how to fix lazy eyes.

If such restrictions actually occur, this sometimes means for those affected that they are also restricted in their self-development and lifestyle as a result of these consequences. In the worst case – loss of vision in a healthy eye due to an accident or severe inflammation – it is important to have a “reserve eye” that can perfectly perceive the environment on its own. However, in order to exclude these disadvantages as best as possible, early diagnosis and preventive care are the best means so that visual impairments can be successfully treated in childhood.

How to get rid of dark circles under your eyes

The treatment of a lazy eye in adults

In some cases of refractive amblyopia (a lazy eye due to unequal refractive errors), normal visual acuity can easily be restored by correcting the refractive errors in both eyes with glasses or contact lenses. Nevertheless, it is necessary to cover the “good” eye for a certain time so that the brain is forced to perceive the visual information of the lazy eye. Only then can the eyesight develop normally in this eye.

The treatment of strabismus amblyopia often requires surgery to bring the eyes into a normal position. Then an eye patch on the stronger eye and vision therapy (certain exercises for the lazy eye) are used to ensure that both eyes work together effectively.

How to fix tired puffy eyes

If the lazy eye is discovered early and treated accordingly, permanent poor eyesight can be prevented. If left untreated, however, there is a risk of loss of vision in the affected eye in case of amblyopia, so it is important to understand how to detect and how to fix a lazy eye.

How to meet your health and fitness goals: 3 key strategies

How to source clear aligners to straighten your teeth