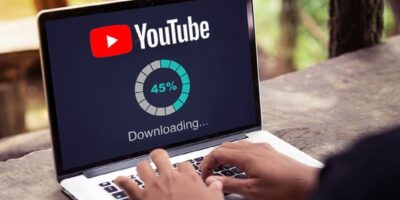 How to get started with video marketing

How to save money on printer cartridges

Blocking a phone number is necessary if someone is harassing you all the time. This can happen in both private and business life. Fortunately, blocking the number is pretty easy. This guide will show you steps for how to block phone numbers and ‘No Caller ID’ on iPhone, Android, Verizon and landlines.

In addition to spam calls from telephone vendors, there are plenty of other reasons why you want to block a number on your mobile phone. The easiest way to avoid unwanted calls is not to receive them in the first place. This is relatively easy in the iPhone and Android smartphones, also for Verizon and other services. Blocking on a landline is also possible.

How to block phone numbers and ‘No Caller ID’ calls

We outline in the sections and steps below how to block a number on a cell phone, how to block your number on a call to a landline, and how to
block calling number when you are making the call and don’t want to show your caller ID.

The quickest way to block a number on your smartphone is if it has already called you. Then you just need to tap it in the call list and you can transfer it to the blacklist. We give specific details below for iPhone, Android and Verizon.

How to block a No Caller ID call

Block anonymous calls on the iPhone

There are two different ways to block anonymous calls on the iPhone, depending on the iOS version. The simpler method is provided by iOS 13 (or higher). Also learn
how to block emails on iPhone and iPad in iOS, iCloud, Gmail, Outlook.

With older versions, from iOS 8 , the whole thing is unfortunately not that simple. Here you have to reach into your bag of tricks to block anonymous calls:

The Android operating system also offers the option of blocking anonymous callers. Unfortunately, the way always differs a bit, depending on whether your smartphone is from Samsung, Huawei or another manufacturer. We’ll show you an example here:

How to block phone numbers: iPhone and Android

How to block phone numbers on iPhone

You can also block all strange numbers in the iPhone by default. However, this means that those callers who call you about an appointment and are not in your contacts are also rejected. Alternatively, you can use the steps below for how to block a call on iPhone to block numbers that call you or that are already in your Contacts. The method for how to block phone number on iPhone also works via the phone app and Call List as well as Contacts.

Open the phone app. Depending on what you want to block, tap on ” Call list ” or ” Contacts “. The call list can also contain numbers that are not in the contacts. Tap on an entry and then scroll all the way down. There it says in red “ Block caller ”. Tap it and then again on “Block contact “. From now on this number will no longer be able to call you.

To unblock it, open Settings and tap on ” Phone “.
There you open the option ” Block and identify calls “.
All your blocked contacts will now be displayed here. If you slide one of the contacts to the left with your finger , the ” Unblock ” button appears . Tap on it and the contact can reach you again. Alternatively, you can tap ” Edit ” in the top right corner and release the contacts again using the minus symbol.

How to block your number iPhone

There are situations where you would rather not disclose your phone number directly. But no matter why you prefer to remain anonymous, there are two ways for how to block caller id on iPhone that allow you to suppress your own number so the person or business you are calling does not see it: 1) Only suppress phone number for individual calls, and 2) always suppress phone number. Also interesting is how to restore iPhone to factory settings: iPhone 12, 11, X, 8, 7, 6, SE

It is possible to suppress your number only for individual calls. Note: You can also save certain phone numbers in the contacts with this prefix. This means that your number will only be permanently withheld for these specific people.

Step 1: Open the phone under Settings
Open Settings on your iPhone. Scroll down a little further and tap on ” Phone “.

3rd step: Deactivate Send caller ID
To suppress the number, tap the button on the right. The button is then no longer green, but has a white background and the function is deactivated.

How to block numbers Android steps

Basically, you can block any number in the phone app that is in the contacts or has called once, as the simplest method for how to block call on android. If you want to “preventively block” a number, i.e. before it calls, you only have the option of either adding it to your contacts and then blocking it immediately, or you can set your mobile phone to reject all unknown callers.

Steps on Android how to block calls

How to block callers in Android: Tap on the ” Phone ” app as if you wanted to start a call. There either tap on ” Call List ” to block a certain caller in the future, or on ” Contacts ” to block a person from your contact list. Now tap on the profile picture next to the number to be blocked. In the next window tap on the three dots (⁝) at the top . A menu opens and there you tap on ” Block numbers “. Now you will be asked again whether this number should really be blocked. You can also report it as spam right away. Then this number can no longer call you.

How to block numbers on Verizon

The provider Verizon has an easy method system for number blocking on cell phones or landlines.

How to block number on verizon: Block calls to your cell

Verizon allows users to block up to five lines on their phone or family plan for 90 days for free. You can do this either on a desktop computer or through the Verizon app.

Use a third party app

Block phone numbers and entire number ranges with one app

The method described is good if you know the numbers that are to be blocked. So-called “blacklist apps” can work a little more foresight : There you can, for example, specify where a number should begin with in order to block everything behind it. In this case, entering “+44” would block all calls from England and the beginning of “+4930” would block all calls from Berlin.

The app with the awkward name ” Blocks calls and SMS – Calls Blacklist ” does a good job here. It can specifically block certain phone numbers, but also numbers that have a certain beginning or contain an undesired sequence of numbers. This makes it possible, for example, to block all extensions of a company with one entry. Every blocked caller receives a busy signal.

A log shows you what was successfully blocked and a “schedule” can block calls to these numbers within a certain period of time. In the “white list” you enter numbers that must not be blocked under any circumstances. So if you block all of England because of the spam calls, you can still let selected contacts through. The free version of the app can do everything you need, for a one-time fee you get the ad-free pro version with additional features.

How to block numbers on landline

How to block a phone number on landline services is a little more complicated that blocking on a cell phone.

One of the simplest methods for how to block phone number on a landline is to use a call-blocking device. You connect this between the wall plug and the phone, and it will then block any numbers you designate. The devices are easy to set up, however, they are not cheap — often costing up to $100.-

National Do Not Call Registry

If you’re dealing with a variety of spam calls from many sources, you can follow the first crucial step for how to block landline number — your own number, that is — so that spammers can’t call it. Add your number to the National Do Not Call Registry which has been set up by the Federal Trade Commission to stop spam calls and unwanted sales calls. Unfortunately, only reputable companies comply with the Registry, so illegal spammers will still call you. You should also read up on
how to stop harassing phone calls: steps to take and how to report them

Your telephone service provider may offer call-blocking functions, and sometimes these are free services that are part of your phone plan. And if your landline is an internet-based (VoIP) phone, there may also be some functions that your internet provider also offers that you can just activate online.

How to get started with video marketing

How to save money on printer cartridges