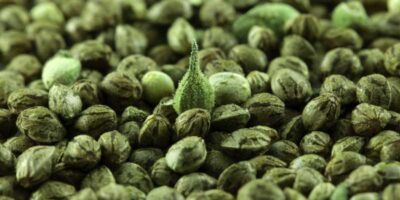 Outlines how farmers almanac rules for the garden apply in each season, including the best days for sowing, planting and harvesting, plus weather prediction days.

Farmers almanac rules are based on centuries-old observations of weather, plants and animals. Long before the first weather forecast, our ancestors recognized recurring patterns and drew their conclusions from them. But these farmers almanac rules still apply today.

Farmers almanac rules are based on centuries-old observations of weather, animals and plants and may differ regionally. In the past, the rules were crucial for a good harvest, including farmers almanac best days for sowing, planting and harvesting. They are based on observations of weather, plants and animals over the course of the seasons and have been passed on orally over generations. In order to make it easier for people to remember the rules of the peasantry, they were even also sometimes formulated in rhyme form or as songs that were passed down from one generation to the next.

How to use Farmers almanac rules for the garden

Farmers almanac weather predictions and the farmers almanac rules below are for the northern hemisphere. If you are in the southern hemisphere, the months for each season will be different. There will also be seasonal differences depending on the climate you live in … the Rocky Mountains will be very different to Nevada, for instance.

Therefore, be sure to adjust farmers almanac rules so that they relate to your home region. This is how you achieve the best results in gardening according to farmer’s rules. How to plant a tree: complete step-by-step guide for success

Farmers almanac rules for the garden in spring

Farmers almanac rules for the garden in summer

The most famous farmer’s rule for summer is definitely the rule around the 27th of June. It says that the weather that can be observed on this day — the ‘seven sleeper’ day — will last for a full seven weeks.

Before that, however, the cold can cause even more serious damage in the first third of the month. In this weather phenomenon, wet-cold air moves inland from the northwest and can still cause frost damage to sensitive plants in June.

From 23 July to 23 August, the dog days last. The weather, which prevails during this period, also shows a lot for the weather in the course of the year.

For example, cloudy weather promises rather gloomy prospects for the rest of the garden and harvest year. Hot, sunny weather, on the other hand, demands more frequent watering from the gardener, but also contributes to the fact that the fruits ripen fully in time. Hot weather in July promises rich harvest for September.

In August the harvest season begins, at the same time the intensity of the summer heat already decreases, the nights are often already cooler. Nevertheless, the summer days in August are essential for the harvest to fully ripen. The weather on August 15th, Assumption of the Virgin Mary, can be seen as a sign for the weather in autumn.

Farmers almanac rules for the garden in autumn

The focus is still on the harvest in September, but the approaching winter is already taken into account in the farmer’s rules. The weather on September 29th is supposed to reveal how long and cold winter will be: A sunny St. Michael’s Day announces a long, cold winter, but on this day it is wet and cloudy, a mild winter is to be expected.

A windy October points to a early winter slump, especially with strong winds between October 10 and November 10. Not only the farmer’s rules, but also the gardening experience reveal: By October 28at the latest, your garden should be winter-proof in order to survive cold snaps unscathed.

How long winter will be is also a central theme of the farmer’s rules in November. For example, foliage hanging on the trees until November points to a long winter. Snow on November 11 points to a particularly harsh winter, while thunderstorms in November raise hopes of a good summer next.

Farmers almanac rules for the garden in winter

The farmers almanac rules for winter already dare to look ahead to the coming year. A cold, snowy December suggests that winter weather will remain stable, but it also means that spring is coming in time. A mild Christmas, on the other hand, points to cold snaps in late winter into spring.

For a cold January, the farmer’s rules promise a hot, sunny summer and a good harvest in autumn. The farmer’s rules in February already testify to the wait and hope for spring and also warn not to start ordering the garden too soon.

For example, a sunny week of light measurement (around February 2) suggests that winter will drag on for a long time. The rains of the coming months can also be predicted in February: a dry February points to a dry year overall, while a wet February promises a lot of rain. If it is sunny on February 12,gardeners and farmers can look forward to a rich harvest.

Farmers almanac rules for the garden are based on centuries-old observations of weather, animals and plants in the immediate vicinity. This means that farmer’s rules are not readily valid nationwide.

In addition, the farmers almanac rules for the garden have partially lost their validity due to climate change and the associated weather changes. Nevertheless, there is still a real core in many farmers almanac rules. They can thus help gardeners to work in harmony with the seasons for better harvests and healthy plants.