How to adjust a motorcycle carburetor correctly

How to repair an automatic garage door: fixing common problems 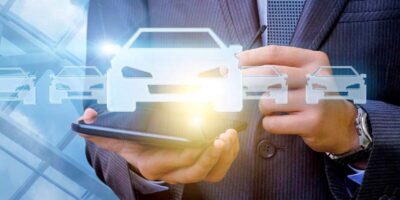 How to buy cars online safely: the smart steps

How do you adjust a motorcycle carburetor correctly? Our step-by-step guide explains all the factors and how to do the adjustments.

The engine will not run smoothly without the correct mixture composition. So what to do if it stutters or smokes? You need to to undertake some problem analysis and adjustment tips for the carburettor — our guide is appropriate adjust a motorcycle carburetor correctly for one and two cylinder engines.

Since the introduction of the Euro 3 emission standard for motorcycles, their carburetors have no ability to adjust for mixture preparation. Injection systems now take on this task. Since then, problems with poor throttle response have mostly been solved on the computer: one click of the mouse is enough to supply the engine management with fresh software and to correct the mixture formation accordingly.

But over 90 percent of the bikes registered still have carburettors. If these twitch when opening the gas, technical know-how is required. In the following we will dedicate ourselves to the correct setting of the carburetor for one and two-cylinder engines. But first, a precise problem analysis is essential.

Typical problems with the carburetor

2. Hot start difficulties: engine only revs up with a sputter, smokes black from the exhaust, spark plug gets “wet”.

3. While driving: engine does not pull properly, reacts slowly and “chokes” when accelerating, engine gets too hot.

Possible defects: The engine is running with a too lean mixture because the carburetor nozzles or the fuel inlet from the tank are dirty.Not enough fuel gets into the float chamber of the carburetor because the fuel hose from the tank is kinked (or something that is often overlooked when packing: a strap from the tank rucksack Jammed fuel hose!) Clogged fuel tank ventilation: The ventilation hose is kinked, clogged or the ventilation hole is dirty. Another option: ventilation covered by tank bag. Carburettor setting: either the mixture control screw is screwed in too far or the air control screw is screwed out too far.SchermerThe free travel on the throttle should be two to three millimeters. Adjust the throttle cable at the bottom of the handle accordingly.

Depending on the engine configuration, the idle speed is between 900 / min (for large V2 engines), 1,200 / min (for the large four-cylinder) up to approx. 1500 / min (for the single-cylinder). The idle gas must be set so that the engine bubbles gently and loosely when idling and does not stop when the clutch is pulled and first gear is engaged.

To adjust a motorcycle carburetor correctly in the case of a single or two-cylinder engine with one throttle cable per carburettor, the idle gas is set at the stop of the throttle slide. The stop screw is generally located at the bottom of the carburetor and is usually installed horizontally to the throttle valve housing. For multi-cylinder engines with a throttle cable pulley, there is a central idle adjustment screw.

The throttle must be able to be moved a certain amount without increasing the speed. Check: Apply a line of chalk to the rubber of the throttle grip and the throttle grip housing, start the engine, accelerate slightly – the speed may only increase when the two lines are two to three millimeters apart. Too much play creates sluggish, unpredictable responsiveness, too little play causes jerky driving.

Its standard opening is 1 1/4 to 1 3/4 turns “open”. The wider it is open (“turned out”), the more air the engine gets when accelerating from idle speed. If it is turned too far (more than 1 3/4 turns), the mixture becomes lean when accelerating: you get the feeling that the engine is “choking”, does not want to accelerate properly and is about to die. If the screw is screwed in too far (less than 1 1/4 turns open), the mixture is too rich and the engine only revs up slowly.

Mixture regulating screw : Its standard setting is also 1 1/4 to 1 3/4 turns “open”. In contrast to the air regulating screw, however, it regulates the flow of additional gasoline when gas is applied and more air is drawn in. If the idle mixture regulating screw is turned too far (more than 1 3/4 turns), the engine becomes over-greased when accelerating, revs up slowly and smokes black from the exhaust. On the other hand, if it is turned in too far (less than 1 1/4 turns), the engine does not get enough fuel and does not want to rev up.

It is conical in shape. When you accelerate, the nozzle needle releases a larger annular gap to the nozzle, corresponding to the movement of the gas slide, so that more gasoline can flow through. The nozzle needle usually has five different notches arranged one above the other, in which it is hooked into the throttle slide via a small locking ring: the standard position is usually the third notch from the bottom. If the nozzle needle is now hung a notch higher (or lower), the engine runs richer (or leaner). This allows a sensitive engine (e.g. a sophisticated two-stroke engine) to be fine-tuned to different weather conditions: In dry, low-oxygen weather, the nozzle needle is hung a notch lower; a notch higher in oxygen-rich air. The stop screw is generally located at the bottom of the carburetor and is usually installed horizontally to the throttle valve housing.

Requirements: The engine is mechanically OK, the air filter is clean, the spark plugs are OK, the valve clearance is set.

1. Let the engine warm up , preferably gently warm it up for ten kilometers at medium speed.

2. Set the idle speed: With the single cylinder, turn the throttle valve stop screw in or out according to the specification. For two-cylinder engines: work on the right and left carburettors alternately until you get the feeling that the engine is running smoothly and smoothly.

3. Adjust or check the throttle cable play: while the engine is running, move the handlebar all the way to the right and left as far as the steering stop. Under no circumstances should the idling speed change as a result of the steering movements.

5. Set the response behavior from idle speed : Start the engine, turn the air control screw or mixture control screw in or out very finely until the engine is about to die. Then turn it back 1/4 turn.

6. Then step on the gas , then “close the gas” and let the idle speed drop steadily.

7. When the engine now picks up the throttle cleanly, take a test drive: Accelerate from low speeds, the engine must pull up cleanly and must not swallow itself

Gerhardt Richter is a writer and a trainer at trade technical colleges, specializing in carpentry, plumbing, mechanics and construction.

How to repair an automatic garage door: fixing common problems

How to buy cars online safely: the smart steps