How to make a fan cool better

How to paint tiles properly

How to treat inflamed gums naturally

How to: best ways to clean porcelain stoneware tiles

On hot summer days, often only one thing seems to help: A fan that cools the air. But it’s not that easy. In fact, cooling fans are just a myth that gets new wind every summer. Here is how to make a fan cool better.

On hot summer days, many fans are sold out and have a delivery time of several weeks. But can fans really cool the air in the apartment?
Not quite: In fact, fans only circulate the air already in the room. If the air movement hits the body, it feels cool, as it helps your own sweat evaporate better.
By contrast, the air itself does not cool fans. On the contrary: Since the devices generate a certain amount of heat during operation, the air is even minimally heated. Therefore, it is not worthwhile, for example, to run a fan in an empty room.
If you also want to cool the air, you need to use an air conditioner. Although this only circulates the air, it lowers its temperature with a coolant.

How to make a fan cool better

One of the bes ways to make a fan work better is to have the stream of air travel over a damp surface. This causes an ‘evaporative’ heat exchange, and makes the air cooler. An easy way to do this is to put a block of ice in a container in front of the fan. You can freeze the ice in takeaway containers so you have a large block that does not melt quickly. When it does melt, put it back in your freezer and get a fresh one out.

With a little trick but also every normal fan for air conditioning. To do this, place the fan in a warm room in front of an open window. Then open the connecting door to a cooler room like a basement. The fan draws the cooler air from the second room and lowers the temperature in the first room. 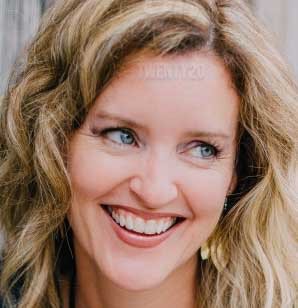 Author: Genevieve Dumas is a food, fashion and beauty stylist from New York, who has worked for a range of major magazines.

How to paint tiles properly

How to treat inflamed gums naturally

How to: best ways to clean porcelain stoneware tiles