How to tell fake vs genuine pearls 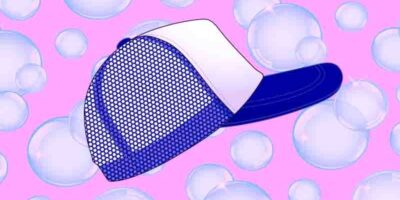 What are the best ways to tell fake vs genuine pearls? Our illustrated guide gives you the tips and clues to avoid buying fakes.

Genuine pearls, whether as earrings, bangle or chain, are available in various variants and finishes. Sources and excavations show that pearl jewelry was worn and highly appreciated several thousand years before now. The fascination with pearls has never changed to this day. Even now, the classic is in full trend and can be found in garments, shoes and accessories of all kinds.

Genuine pearls are created by a protective function of shells and snails, which is triggered by the animals to defend against foreign bodies or parasites. However, the fewest shells produce pearls from mother-of-pearl, which makes the special mixture of lime and substance so sought after.

Almost all pearls used today for the production of jewellery are cultured pearls that are bred in pearl farms.

Pearls are characterized by their size, shape, and above all their shine. The chandelier describes the surface gloss of a pearl and is considered one of the main criteria for determining the quality of a pearl. The color of pearls ranges from pink to orange-red to silver-grey, depending on the type of pearl.

The following features and tests will show you how to distinguish a real pearl from a fake. To make sure that your jewelry is real pearls, be sure to apply several of the following tests.

Another way to check the authenticity of a pearl is the so-called friction test. You can do this by rubbing the pearl either against your teeth or against another pearl. If it feels slightly grainy or rough on the surface of the pearl, it is a real pearl. Counterfeiting, on the other hand, can be detected by a perfectly smooth, structureless surface.
In addition, the pearl should not give in when “biting”. Only imitations made of plastic do this.

Explanation video for the friction test for beads

The shape of the pearl

Since pearls are a product of nature, each pearl is different from others, albeit in a tiny little. So most beads are not perfectly round, but slightly oval shaped or slightly elongated. You can easily test this feature by rolling your pearl on a flat surface. If your pearl isn’t perfectly round, it’s going to come off the track and not just roll.
Of course, it may also be that a real pearl is perfectly round. However, this is extremely rare and greatly increases the value of the pearl.

As a natural product, most beads have small defects or impurities. On grooves or small scratches you can distinguish real beads from fakes, which are usually too perfect. Genuine pearls are also never identical. If all the pearls of your necklace look the same, it is almost certainly a fake.

Lustre – Surface gloss of the pearl

A real pearl can be recognized by the so-called Lustre, i.e. by the surface gloss of the pearl. High quality beads have a sharp lustre. This means that the light reflection on the pearl surface is particularly strong. In this case, you can discover your reflection on the pearl by a close look.
But be wareabout: If you don’t see your mirror image, it doesn’t mean it’s a fake. As a result, pearls with a poorer quality do not have a particularly clear surface gloss, but are nevertheless genuine.

Pearls that decorate chains or bracelets usually have a borehole for the thread. When analyzing these holes, you can find other features that indicate the authenticity or forgery of a pearl.

Drilling through a real pearl leaves sharp, clear edges. The boreholes therefore look like a cylinder. In the case of a bead forgery, on the other hand, the surface bends slightly outwards or the edges of the borehole are rounded. Broken paint and a damaged coating also indicate a fraudulent bead imitate.

A feature of pearls is its outer mother-of-pearl layer. This separates itself from the core, i.e. the inside of the pearl, by a clear boundary. By looking through the borehole with a magnifying glass, you should recognize this boundary. With a fake pearl, the mother-of-pearl layer is only imitated and much thinner.

Author: Genevieve Dumas is a food, fashion and beauty stylist from New York, who has worked for a range of major magazines.