How to tell fake vs genuine Ugg boots 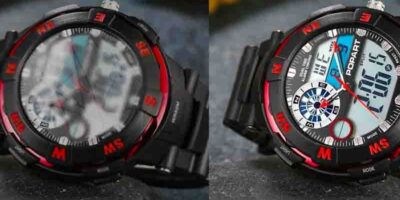 How can you tell fake vs genuine Ugg boots? Our illustrated guide gives you the clues to avoid being ripped off by counterfeit or replica Ugg boots.

Right now, when the temperatures drop and the snow shows, many swear by the beloved Ugg Boots . But popularity is also a thorn in the side of counterfeiters. In recent years, therefore, there have been more and more counterfeits of winter boots on the market. We show you how to spot fake vs genuine Ugg boots and what you have to watch out for to not fall into the trap of counterfeiters.

Find more Fake Check guides and avoid being ripped off

Since 2013, all Original Ugg Boots have been provided with a security label. The label or sticker is either sewn into the left boot, attached to the sole or glued to the shoe box. There is a QR code on it, which you can use to check whether your boots are really Ugg boots. Simply scan the code using your smartphone (there are special apps for this) and you will be automatically redirected to the Ugg website, where you will then receive confirmation that your product is original. The correct model, color and size of the shoe should also be displayed. If these data do not match, you should contact a Ugg dealer, because this can be an indication that it is not an original product.

A precise look at the processing is often enough to expose a counterfeit when you want to tell fake vs genuine Ugg boots. With Ugg Boots, pay particular attention to the heel, because with fake products this usually looks wrong from the rear. In addition, the seams are in many cases not processed properly.

With original Ugg boots , the color of the seams is almost always the same as the color of the sheepskin leather. The Ugg label on the heel of the shoe should always be attached straight, but on many counterfeits, the label was usually placed at an angle. When you get new branded products, you should always do the smell test. If you can detect a strong chemical smell, you should better keep your hands off it.

You should be particularly sensitive to boots with a tag, because original products are not delivered with a tag or chain. Another feature that can give you information about fake vs genuine Ugg boots is the country of manufacture. Many counterfeits contain the words “Made in Zealand” or “Made in Australia”, but original Ugg boots are produced in China. Also always make sure that the original sole of Ugg boots is always light beige, regardless of the color of the fur. With fake products, on the other hand, the color of the fur and that of the insole are often identical.