How to educate children about cyber grooming

How to get a baby to sleep through the night

How to store batteries correctly 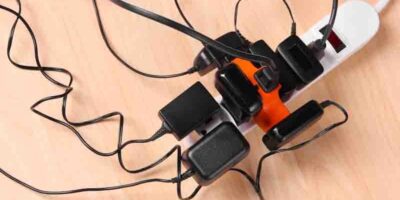 How to: best ways to tidy cables

How do you educate children about cyber grooming? Our guide explains the dangers and how you can approach them and protect your children.

Cyber ​​grooming is increasing massively. Every third teenager has been sexually approached online at least once. How young people should behave when they are addressed by strangers online and avoid unwanted contacts.

Cyber grooming statistics: on the rise

More and more young people are victims of so-called child grooming, unwanted contact with sexual intentions. This was the result of the current 2018 JAMES study by the University of Applied Sciences with 1,000 respondents between the ages of 12 and 19.

In 2014 it was 19 percent, in 2018 30 percent of all adolescents stated that they had been sexually harassed online. The study also showed that anyone can become a victim of cyber grooming, regardless of gender. It is sufficient to be present on the net with social profiles or to be active in forums and chats.

30 percent of all young people were victims of cyber grooming. That is an increase of 50 percent in four years.

35 percent of them are girls. However, cyber grooming is not a typical female phenomenon. However, the perpetrators are predominantly male.

25 percent of them are boys. Because they often do not see themselves as potential victims, they are less careful with their data and images.

According to the survey, girls and young women are affected more frequently at 35 percent, but every fourth male respondent also reported incidents.

The older the adolescents are, the more often there is an undesirable approach with sexual intent. 43 percent of 18 and 19 year olds have already been contacted by strangers for this purpose. But 12- and 13-year-olds are also increasingly reporting on incidents. More than one in ten children has been the victim of cyber grooming at least once.

The term “cyber grooming” comes from the English and refers to the initiation (“grooming”) of online contacts, primarily among young people, with the intention of misusing them for sexual motives. Strangers with false identities address young people in forums, chats or social networks, flatter them, pretend interest, promise jobs or give gifts to build trust and arouse curiosity. The perpetrators are often men who are very skilful and know the interests and needs of young people well. As a result, there are often intimate and intrusive questions of sexual content, coercion and request to send pornographic pictures or videos or invitations to personal meetings.

Youth media protection officers are alarmed by the new numbers and call for clarification. Children should be supported as early as possible in dealing with unwanted sexual intentions.

How teenagers should behave in the case of cyber grooming

To educate children about cyber grooming, make your child aware that there are also people who do not have good intentions and want to abuse their trust. This makes it easier for him to identify perpetrators early on. «Wow, you look mega! Excuse me, I just had to speak to you! “” Are you alone? “” Can you send me a photo of yourself? “If strangers make many compliments, ask personal questions or ask to keep the contact secret, the conversation should be immediate friendly ended or the chat partner clicked away.

Children and teenagers in particular often find it difficult to do so because they are generally liked and do not want to disappoint others. Perpetrators are also happy to exploit feelings of guilt at having let it get this far.

Explain to your child that this is not rude, but is a necessary protective measure. Nobody has the right to address it in such a way that it feels uncomfortable. Younger children, who are not yet able to classify the sexual motives of strangers, can explain to parents: «If you are asked such questions, but also if you have a strange feeling in your stomach that tells you that this person wants more from you than you want to give, then end the conversation, »advises Feel-ok.ch.

If the interlocutor continues to insist on contact or tries to force the victim, it is almost certainly a case of cyber grooming, explains feel-ok.ch.

Suspicious internet content such as fraud, racism, child pornography and SPAM can be reported quickly and easily to the police.

In this case, firstly, the evidence should be saved. Explain to your child how to create a print screen or save the page. Second, the child should stop responding and immediately block the person. It is also helpful to make children aware that they are not an embarrassing isolated case, but a victim of many.

Third, if contact continues, the incident should be reported to the parents or another confidant, the police or a specialist (school social worker or phone 147). It should never engage in a private meeting with someone unknown to you.

It is best, of course, to prevent cyber grooming from the start.

How to get a baby to sleep through the night

How to store batteries correctly

How to: best ways to tidy cables