How to tell fake vs genuine Tory Burch

How to tell fake or genuine Chanel bag: serial numbers 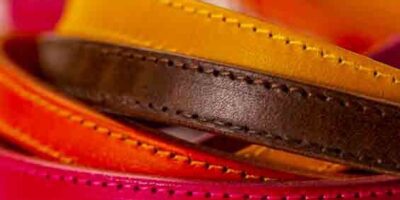 How to: best ways to dye leather

How to tell fake or genuine car parts

What are the ways to tell fake vs genuine Tory Burch flats? Our guide takes you through the key clues so you can avoid being ripped off by fakes.

In addition to bags and wallets, the classic among Tory Burch products are still the flats from the well-known Reva collection. So that you do not fall into the trap of counterfeiters, we have summarized the most important features for you to expose fake tory burch flats.

As with all fake checks, you should also take a closer look at the logo of your new Tory Burch Flats. Regarding the material, the logo is made of either shiny brass or real leather. With the brass logo, you should make sure that the edges are not sharp, but rounded and that there is generally a high-quality impression. If your shoes have a leather logo, a smell test is definitely worth it to tell fake vs genuine Tory Burch, because you can quickly expose artificial leather or other imitations of leather. Also pay attention to the processing of the seams, because here too, uneven seams or loose threads are a clear indication of a fake.

A close look at the sole of the Reva ballerinas is in many cases sufficient to expose fake vs genuine Tory Burch. Pay particular attention to the comfort of the shoe. Original Tory Burch shoes are absolutely comfortable and have a high-quality sole. The bottom of the flats is also completely branded. In contrast, many counterfeits lack this important feature.

3. THE PRODUCTION SITE OF THE TORY BURCH FLATS

If, due to the logo and the sole, you are still not sure whether you are holding an original or a fake, you can also debunk fake ballerinas via the production site. While Tory Burch products were initially made in the USA, production has now been moved to Brazil. Lettering such as “Made in China” is therefore a clear indication that it is not an original.

How to tell fake or genuine Chanel bag: serial numbers

How to: best ways to dye leather

How to tell fake or genuine car parts