How to play shadow games with children

How to wean a baby off breastfeeding

How to relieve back pain during pregnancy 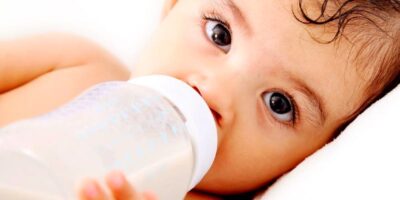 How to prepare a baby bottle when travelling

Shadow games are one of the most creative game ideas, as they require a high degree of concentration, skill and motor skills coordination as they become more difficult. The beginnings are simple. It is complicated with details that are all represented with your own body and the shapes you make. We show you how to play shadow games with children to boost their creativity, imagination and fitness.

Some space, a light source and a free wall are needed. A flashlight or projector directs targeted light to the wall. The spectators usually sit in the shadows. Instead of the wall, a large linen cloth can also be used. If it is hung in the middle of the room (or a slide screen is set up), the spectators can also sit separately from the player and watch the shadow plays almost from opposite.

The player always acts between screen and light source. Its distance from the illuminated surface is relevant for image sharpness. With a little practice, you can imitate, for example, the progression of a character from the scene and its return.

The simplest and most difficult shadow games are figures formed with your hands. The fox or hare is known: middle fingers and ring fingers are placed with the fingertips on the tip of the thumb, they result in head and eye. Index fingers and small fingers are spread out as ears. With these, the fox can wobble vividly or express thoughtfulness. If they are bent and the fingers of the head are bent more roundedly, the fox becomes, for example, a giant ant head – or whatever players and spectators imagine underneath.

Another animal that is quite easy to design is the bird of prey: both palms point to the player and are placed on top of each other on the wrists. Thus, the thumbs meet and are stretched parallel upwards. With the fingers of both hands, the flapping of the wings can be imitated.

For many hand figures there are instruction books or websites. The high art of shadow games is of course only achieved with a lot of practice.

When two players come together, you can tell fables, animal tales or your own animal stories in shadow games. With enough space, players can act with full physical effort in other ways: they show dances or ring and boxing fights, tell the story of good and bad grades that need to be confessed at home, the first love or the fear of the dentist. An argument, a drunkard, hanging up clothes – everyday situations are easy to imagine, very good to replay and quickly recognizable to the spectators. In addition, they are particularly enjoyable for all those involved. Scare stories, horror comedies, murderous insoles or witty episodes are the best conditions for excellent entertainment.

Shadow games can alternatively take place with crafted figures. For this purpose, any templates are cut out on a strong cardboard box. This is how the Witch’s House with the Witch, Hansel and Gretel and the girl with the many Sterntalers are created. Of course, comic or manga characters are also conceivable – especially shadow games offer plenty of room for imagination. The cardboard comrades are attached to shashlik spires or some other kind of long, thin wood. Now players can make themselves small, rob on the ground or crawl, while their figures above them seem to lead a life of their own in front of the illuminated surface. This requires a lot of skill.

Skilled hands also make joints: the limbs are divided on the shoulders, elbows, hips and knees. Each joint is loosely fixed with a letter clip (round head or flat head clamp). If the chopstick is attached to the elbow or knee, the arm or leg can bend. This makes the movement look much more real. However, you need several chopsticks and some practice.

It gets exciting with shadow games, where the spectators are allowed to guess. They can be stars or celebrities, literary or film characters, of course also animals, Santa Claus or objects as well as abstract terms: a kind of “Who or what am I?” with the help of light and shadow, suitable for all ages.

How to wean a baby off breastfeeding

How to relieve back pain during pregnancy

How to prepare a baby bottle when travelling