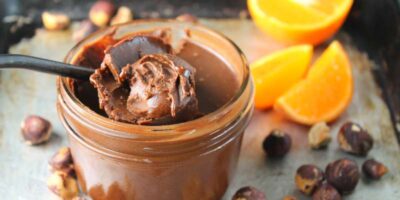 How to make homemade nutella: 3 recipes

How to eat less meat

How to multiply and preserve yeast

Homemade ice cream must also be served befittingly: in the waffle cone. Waffle cones are available in shops, but making them is not difficult at all.  This is the recipe and method to make ice cream waffle cones at home.

If you want to make ice cream waffles yourself, you’ll need a few accessories: a waffle iron and a cone shape to wrap the waffle around. The latter is not absolutely necessary, after all, other shapes can be formed. Also the preparation of the waffles in the oven is possible.

Most of the ingredients for the dough are certainly at home anyway. Be sure to use a pan that gives the waffles a full round shape.

For about 20 waffle cones you need:

Tip: A wafer dough with water will be crispier than a dough with milk.

Of course, other ice cream shapes can be formed, only your creativity is required. For example, you can put the still hot waffle over a glass of water to make an edible sundae. You can also push the hot waffles into a glass or cup to get a bowl.

Alternatively, you can also make waffle rolls for decoration: Roll the waffle on top and decorate the ice cream with it. The rolls can be filled with whipped cream according to taste.

How to make homemade nutella: 3 recipes

How to eat less meat

How to multiply and preserve yeast